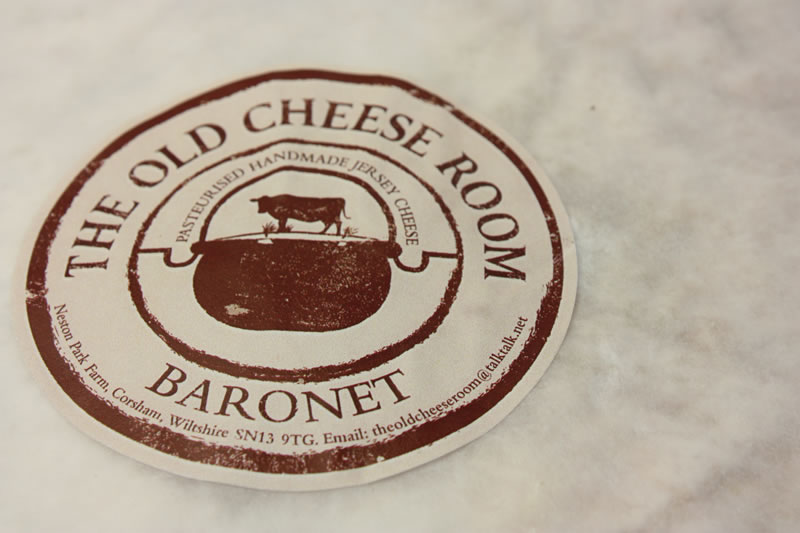 The taste of France from North Wiltshire! A semi-soft, wash-rinded cheese, matured for about 3 weeks. Reblochon derives from the word 'reblocher' which when literally translated means 'to pinch a cow's udder again'.

During the 14th century, the landowners would tax the farmers according to the amount of milk produced. The farmers would therefore not fully milk the cows until after the landowner had gone. The milk that remains is much richer, and was used to make the cheese.

The organic Jersey cow’s milk used to make Baronet has all the richness needed to produce the creamy, ochre coloured cheese, with nutty flavour and soft uniform centre. Golden rind, with smooth subtle creamy centre. Rounds of either 700 grm or 250 gm.